At home with the Khmer 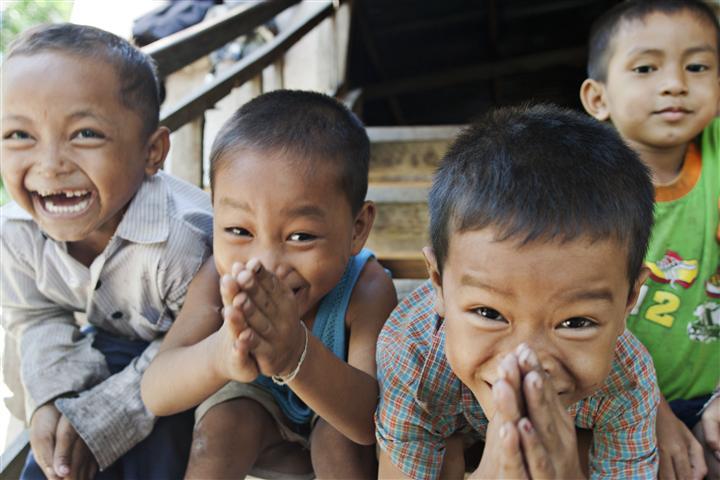 Read the full article here or below. Published June, 2012.

A cool haze is layered on the horizon in Ratanakiri province, giving it the aura of a land that time forgot. A thick quilt of trees is freckled with patches of red, the volcanic earth a rich base for the endless vegetation. ‘Prey cher chirran,’ my guide says. Many forests.

Mob Krot sits in his house near the entrance to Kachagn Waterfall. The 60-year-old is from the Toum Poun ethnic minority, one of eight hill tribes living in the far-flung Ratanakiri region. Ethnic minorities once made up 80 per cent of the province’s population and are generically referred to as Khmer Leou, meaning “highlander”.

In an agreement with the Kachagn community, Krot has worked for more than a decade, collecting a fee from tourists who come to take in the towering rocks and streaming water. It generates income for traditional landowners who manage sites of significant natural beauty, with economic incentives for communities to conserve their natural environments.

Bordering Laos to the north and Vietnam to the east, the province of Ratanakiri is a welcome retreat from the temples of Siem Reap or the party beaches of Sihanoukville. Access has improved dramatically since the national highway was rebuilt in 2008; a journey that once took days is now completed in eight hours, or a 12-hour bus ride, from Cambodia’s capital, Phnom Penh.

In Ratanakiri’s capital, Ban Lung, visitors hire a motorbike taxi for the day and explore the scenic spots around Ban Lung, such as Yeak Loam Lake, a volcanic crater 800 metres wide and 50 metres deep that is framed by thick forest; or Wat Rah-Tahn-Ah-Rahm, where a reclining Buddha statue on a summit also allows for striking views of the countryside.

Ratanakiri is also the starting point for access to remote communities where travellers can share a meal and rice wine with local families.

Yi Nan owns a guesthouse in Ban Lung and takes tourists on these treks. “The villagers are very happy to work with tourists and are grateful for the employment opportunities,” Nan says. “They can earn two or three times more by having tourists stay than by foraging or farming.”

Nan recently started offering trips to Ta Laos village, 75 kilometres from Ban Lung and across the Tonle Sesan River. Surrounded by lush forest, the community is made up of ethnic Lao people who collect wild fruit as well as farm, catch fish and hunt for survival and income.

I also journey into Virachey National Park in Ratanakiri’s far north, at the border of Laos and Vietnam. The 332,500-hectare national reserve, the largest in Cambodia, is listed as an ASEAN Heritage Park and is home to tigers, elephants and threatened primate and bird species such as the pygmy loris and giant ibis.

For adventurous travellers, Nan offers a three-day trip that includes a home stay, one night in the jungle and a visit to Etob village, on the outskirts of the national park, where the sight of foreigners is rare. From Etob you walk into the park and spend the night near the 25-metre O’Kaseab Waterfall where you’ll wake to the sound of gibbons. Getting there involves a 30-kilometre drive from Ban Lung, followed by a river barge ride and then a motorbike trip to Etob Village. Nan employs a local from Etob to navigate the jungle and prepare meals.

Land-clearing for mining, and for rubber, cashew nut and cassava plantations is changing the landscape, and parts of Virachey National Park itself are under threat from rubber plantation lobbyists.

Nan sees the changes first-hand. “Ratanakiri is very different now. There used to be more forest and more animals. You could drive 10 kilometres from Ban Lung and see deer, monkeys, wild pigs and even tigers crossing the road. Now you often don’t see these animals even in the jungle.”

Malaysia Airlines has a fare to Phnom Penh from Sydney and Melbourne for about $850 low-season return, including tax. Fly to Kuala Lumpur (about 8hr), then to Phnom Penh (1hr 50min); see malaysiaairlines.com. Buses run daily Phnom Penh-Ratanakiri.