Protection anywhere but here: parallels between Australia and Europe 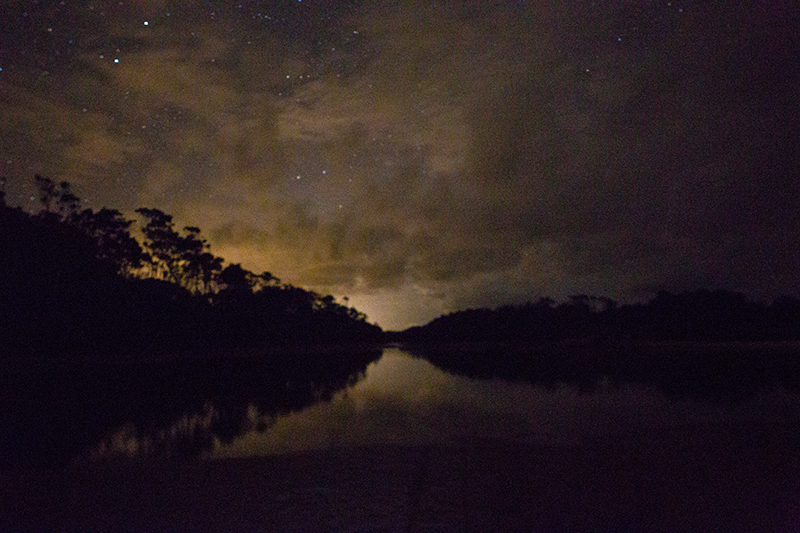 Read story at Asylum Insight here or below. Published July, 2018.

If you live in Australia, then you are probably aware of the framing of the discussion around people seeking asylum. And if you don’t, let me explain; the political rhetoric goes something like this: refugees who wait in camps are deserving of protection and people who seek to arrive on our shores are undeserving because they have had the audacity to skip the ‘queue,’ and the luxury of being able to ‘country shop.’

By discrediting and dehumanising people seeking asylum, governments are able to legitimise the deflection of asylum processing and refugee protection responsibilities, used to deter people from seeking asylum in wealthy nations and contain people in regions of origin.

The fact of the matter is most people who come by boat to Australia are found to be refugees; from 2008 to 2014 this figure was between 88 and 100 percent. We can all agree that no one wants people to be drowning at sea. But if forcibly displaced people have not found effective protection in a transit country, is it fair that they are punished for seeking it?

A key part of the deterrence paradigm championed by Australia, following in the United State’s footsteps, and increasingly pursued by the European Union (EU), is sending people seeking asylum back to transit countries they left, under the reasoning they do not fear persecution there. This is called the ‘safe third country’ (STC) concept, designed to address secondary movements of people.

To illustrate how the STC concept is interweaved with the ‘deserving refugee and the undeserving asylum seeker’ discourse, and used to justify policies of deflection and deterrence, this article looks at the parallels between Australia’s turnbacks of people seeking asylum to Indonesia, and the EU’s return of people from Greece to Turkey.

The fact that countries like Indonesia and Turkey offer relative safety is used by governments to justify returning people seeking asylum there, containing them closer to regions of origin, with the aim of deterring others from attempting to seek asylum in Australia and the EU. Indonesia, while accepting the presence of refugees, does not have a protection framework and refugees are left with precarious legal status, often scraping by without the ability to meet basic needs. Refugees do not have access to durable solutions (as will be discussed in more detail below). When it comes to Turkey, which is already hosting 3 million Syrian refugees, efforts have been made to increase access to education and in 2016, the government introduced a work permit scheme that allowed refugees to work. However, whether Turkey meets the criteria to be considered a STC and whether effective protection is available have been matters of much debate.

Academic and activist Dimitris Christopoulos has described the STC concept as the “legal and political basis of refugee management externalization, or put more simply, the excuse for containment.” Similarly, refugee law expert, Jean-François Durieux, has noted, “It is premised on protection elsewhere and shifts responsibility for providing solutions back onto transit states, where what constitutes an acceptable or ‘effective’ level of protection remains in the abstract.”

Under EU law, specifically the Asylum Procedures Directive, a number of STC criteria must be met for a country to be considered safe. In addition to there being no risk of serious harm to the individual involved or forcible return to the country they fled (refoulement), there must also be access to refugee status determination procedures and protection standards should be in accordance with human rights principles and international law. Under Australian law, to be prescribed a STC, considerations of relevant international law and human rights standards are taken into account. However, in 2014, Australia amended its Migration Act, increasing the government’s powers to detain and transfer people at sea, while limiting avenues for judicial review and removing references to the Refugee Convention, adding that it is “it is irrelevant whether Australia has non-refoulement obligations in respect of an unlawful non-citizen” and that ‘non-citizens’ should be removed “as soon as reasonably practical…irrespective of whether there has been an assessment, according to law, of Australia’s non‑refoulement obligations in respect of the non‑citizen.” This amendment reflects a disregard for whether people seeking asylum are being returned to persecution, let alone whether effective protection can be found in the receiving country.

The question of what constitutes ‘effective protection’ often arises in relation to the STC concept and has been the subject of much consideration. UNHCR released a statement addressing STC protection, in April, pointing out that being party to the Refugee Convention and its protocol is a ‘critical indicator’ of whether access to protection that is ‘effective and enduring’ can be found. Furthermore, in order to be considered effective, protection should include ‘access to a means of subsistence sufficient to maintain an adequate standard of living.’ Importantly, Indonesia is not party to the Refugee Convention and Turkey maintains the geographical limitation (meaning that it only recognises the Convention as applying to asylum seekers and refugees from Europe). Syrian refugees, for example, are granted temporary protection rather than refugee status.

In Australia, Operation Sovereign Borders puts military forces in charge of intercepting and towing or turning boats filled with people seeking asylum back to where they came from, namely Indonesia, Sri Lanka or Vietnam. Since 2013, 31 boats carrying 771 people seeking asylum have been intercepted and returned. These operations have involved people being held at sea for more than a month, the Australian government building lifeboats to forcibly return people on, and the government reportedly paying boat crew members to return their passengers to Indonesia.

The Australian government has an arrangement with the Indonesian government and the International Organization for Migration (IOM), under which people seeking asylum who are intercepted en route to Australia and taken back to Indonesia are given material assistance by the IOM. Australia has also paid to bolster Indonesia’s immigration detention network, with the Global Detention Project pointing out that the latter’s growth in capacity has largely driven by the policies and practices of Australia. Hirsch and Doig highlight, in recent research, that between 2001 and 2016, Australia gave $238 million to IOM to carry out migration control measures in Indonesia. In 2016, Australia spent as much funding these activities as it gave to UNHCR globally. And while IOM’s ‘migrant care management’ has kept asylum seekers “in a state of subsistence until they decide to return home or are selected for scarce resettlement places,” Australia has, in March, pulled funding to support new arrivals.

While the Indonesian government tolerates the roughly 14,000 asylum seekers and refugees living there, the only pathway to protection is through a severely stretched UNHCR. Local integration is not an option and refugees lack basic rights, such as the right to livelihood. Support is limited to what is provided to some by IOM, the UNHCR’s implementing partner Church World Service, and different charities. Without work rights, and because an interview after initial registration with UNHCR can take between eight months and almost two years, and securing a resettlement place can take another five or more years (if at all), asylum seekers and refugees are surrendering themselves to detention centres in order to access food and shelter. Between 2014 and 2015 alone, around 3000 people sought admission to detention facilities, desperate to access basic services. Others sleep rough on the streets.

Australia introduced a policy to stop resettling refugees from Indonesia who arrived after July, 2014. This, coupled with shrinking protection space in the United States under the Trump Administration, and the fact that the EU is focused on relocation and resettlement within the region, has led the UNHCR to start informing refugees in Indonesia that they are unlikely to ever be resettled.

While refugees may be safe from the persecution they fled, they do not have access to effective protection and human rights standards — education, health care and livelihoods — that would ensure the type of meaningful safety that is required under the STC concept.

The hungry and destitute women who sleep on the streets and the family that desperately wants to get into a detention centre to access food and shelter are more accurate reflections of the people who have attempted to find safety by crossing the sea than the political rhetoric would have us believe. And instead of offering protection, we punish them in order to deter others from attempting to do the same.

The EU-Turkey deal shares deterrence and responsibility shifting parallels with Australia. By returning people seeking asylum in the EU, via Greece, to Turkey and also by obstructing the ability of people to reach Greece through increased patrols, the deal sees people contained in Turkey. The agreement involves the EU paying 3 billion EUR to Turkey for refugee protection initiatives and once the irregular crossings have been reduced, EU Members states are called on to resettle Syrian refugees from Turkey under the Voluntary Humanitarian Admission Scheme.

As Gammeltoft-Hansen and Tan astutely note, the deal is “a classic case of placing the cart before the horse…politically declaring Turkey safe and then subsequently trying to pay to make it so as a matter of fact.”

More recently, ships that rescued asylum seekers on the Mediterranean Sea were refused safe harbour for disembarkation in Italy. EU leaders agreed, at the end of June, to explore the idea of ‘regional disembarkation platforms’ that would involve people rescued at sea being processed in third countries, although, it’s still unclear where these centres would be established. While details are sketchy, if these intended platforms come to bear any resemblance to Australia’s offshore model, which inflicts needless suffering and violates human rights, serious alarm bells should ring.

No one is saying responding to matters of asylum and migration are simple. But there are fairer, more humane ways that are based on responsibility sharing and that reflect and respect international refugee and human rights law.

The Australian government’s turnback policy is both morally and legally questionable. And by ceasing to resettle refugees from Indonesia, the government is shirking responsibility for the people who are stuck there without a durable solution, while simultaneously sending asylum seekers back to a life of protracted transit. This callousness is characteristic of the deterrence paradigm, where rich countries use the safe third country concept for the political end of preventing access to asylum procedures, and people are labelled undeserving to justify such a cruel course of action.

In reality, there are people who need protection in camps around the world, and there are people who leave those camps in search of safety and a durable solution to their plight who also need protection. The person languishing without rights in Indonesia is as deserving of a decent life, of access to education, livelihood and healthcare, as their relative who stayed behind. Neither have effective protection. Both deserve it.