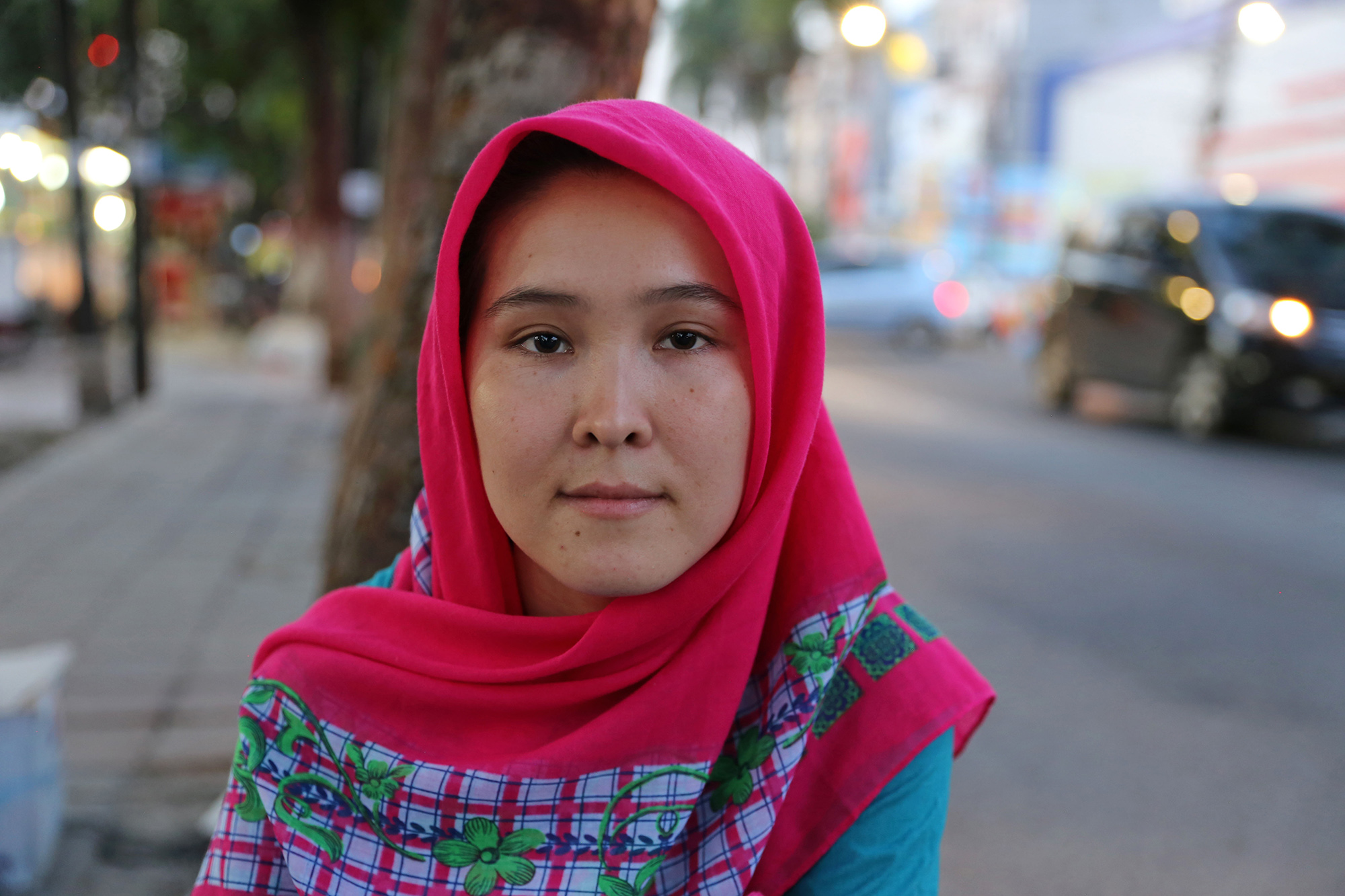 Read story at Inside Indonesia here or below. Published October, 2018.

Ture* holds up his UNHCR refugee card on the street just outside of Kalideres immigration detention centre (IDC) in Jakarta, Indonesia. The Ethiopian man, in his late 20s, has lost a lot of weight since the photo on his card was taken, and his skin has become much darker. That’s what happens when you are living on the street and relying on handouts from kind-hearted passers-by.

Still, Ture considers himself lucky – he came before the 15 March 2018 cut-off. Australia has announced that it will not fund the International Organisation for Migration (IOM) to provide material assistance to refugees and asylum seekers who try to register after this date.

This announcement reflects a monumental policy shift. Between 2001 and 2016, Australia gave A$238 million to IOM to carry out migration control measures in Indonesia. Part of this funding falls under the category of ‘migrant care management.’ Along with bolstering Indonesia’s immigration detention network to increase capacity, Australia supported detainment and containment by paying for the ‘care and management’ of asylum seekers and refugees who are ‘intercepted on their way to Australia.’  Before 15 March, the only way to access IOM support, funded by Australia as part of the Regional Cooperation Arrangement, was through the detention system. After being intercepted by, or self-reporting to immigration and being registered and admitted to a detention centre, refugees could then be referred for IOM assistance. They would then spend an uncertain period of time in detention before IOM could arrange for their release into one of its community housing complexes. Severe overcrowding in detention has long been an issue.

The fact that refugees are forced to spend longer and longer periods in limbo, means that many refugees actually want to be detained, desperate to access food and shelter, and eventually to be supported by IOM with community housing and a living allowance. Between 2014 and 2015 alone, around 3000 people sought admission to detention facilities.

While it remains to be seen how the policy shift will play out. One thing is clear, without Australia bankrolling the detention of asylum seekers, Indonesia is showing little interest in detaining them. A Jesuit Refugee Service (JRS) Indonesia staff member said, ‘Before 15 March, people would go to IDCs to access IOM support and services such as housing, food and healthcare. But now we have the situation that immigration doesn’t want to take anyone into the detention centres, because that would mean immigration would have to pay for food, healthcare and so on, which means that detention is phasing out, it’s ending, which is a good thing.’

‘What remains to be answered is what the about-5000 asylum seekers and refugees living off their savings should do in regards to ensuring basic shelter, food and healthcare once their savings are spent. We, including the local governments, need new, creative and compassionate ways to ensure these basics.’

Since January, about 300 people have been sleeping on the streets surrounding the Kalideres IDC in hope of being let inside the  facility. According to the Jakarta Globe officials at the centre refused entry due to overcrowding.

Since the policy shift, though, Kalideres IDC is almost empty. This year alone, the number of forced migrants IOM is supporting in detention across Indonesia (including designated extensions of the IDCs) has dropped by 78 per cent, down to 755. Around 300 asylum seekers and refugees are sleeping in makeshift shelters and on mats on the streets outside the Kalideres detention centre in Jakarta.

‘IOM is strongly advocating to obtain the final release of all refugees from detention as soon as possible, which is also in line with a Presidential Regulation which clearly shows the original purpose of the immigration detention centres to be for holding violators of administrative immigration procedures – and not refugees and asylum seekers,’ an IOM Indonesia official told Inside Indonesia. IOM’s existing caseload of around 8700 asylum seekers and refugees will continue to receive assistance funded by Australia.

One third of the people currently sleeping on the streets outside of Kalideres detention centre were able to register with IOM before the 15 March cut-off, and ‘are slated to be relocated in the near future.’ Ture is among them. ‘It’s very hard,’ he said of his situation. ‘People with a humanitarian heart, they see us suffering and come to give out some water, food or money. We huddle under a roof when it rains. We don’t sleep well. There are a lot of children on the street without education.’ He said there are around 200 asylum seekers and refugees living on the streets who came after the policy change.

This includes Sareedo*, a 24-year-old Somali refugee, who is pregnant. ‘I’m worried about my child and about my life. I feel pain and cannot eat well to support my baby. I don’t know their condition because I haven’t had a proper health check. I am having a baby on the street. Nobody knows me and I cannot imagine my life.’

Ahado*, 35, from Somalia, who is also pregnant and sleeps on a mat with her husband and four children, all under the age of 12, falls outside of IOM’s now-limited mandate as well.

‘All my hopes and dreams are to get to a good place where my children can get education and where we can survive well,’ she said.

Four years ago, Australia announced it wouldn’t resettle refugees from Indonesia who arrive after 1 July 2014 and also that it would cut resettlement places. Between 2013 and 2016, resettlement places were reduced from 808 to 347. A government document, released under freedom of information, notes this policy measure was expected to lead to a decrease in the number of asylum seekers travelling to Indonesia. However, since then, the number of asylum seekers and refugees in Indonesia has increased by almost 25 per cent.

Human rights lawyer Trish Cameron said that, ‘the Australian Government’s restrictive policies toward refugees in Indonesia have a direct correlation to the dire straits many people from refugee communities now find themselves in.’

Late last year, UNHCR started informing refugees that most will never be resettled. Indonesia is not party to the Refugee Convention. The roughly 13,800 asylum seekers and refugees in Indonesia live with precarious legal status; they are not allowed to work, there is no pathway to citizenship, and they are unable to access higher education or get married. Their presence is tolerated but without assistance from charities, and the IOM, when savings run out, people are pushed into poverty and endure a protracted state of limbo, unable to go forward or back.

These changes – Australia no longer paying the IOM to take on new cases, and Indonesia no longer detaining forced migrants – coupled with the fact that working is illegal mean that refugees living without any support are left with an impossible ultimatum: accept IOM assisted repatriation and return to the dangerous situations they fled, or scrape by on the fringes of society in Indonesia.

Shiringul won’t join them though. The 21-year-old Hazara asylum seeker said, ‘I don’t know what my future will be. The hardest part is the hunger. Sometimes people bring us food, sometimes not. It’s still better than going back to Afghanistan. At least we are safe, that’s the biggest thing.’

*Names changed at request of interviewees to protect privacy.